Home » News » You’ll be Shocked to Learn the Connection between FIFA Women’s World Cup and Bingo!

You’ll be Shocked to Learn the Connection between FIFA Women’s World Cup and Bingo!

The seventh Football World Cup for Women conducted under the aegis of FIFA currently being held in Canada has a record 24 teams participating.

While 12 teams had vied for the championship during the first two World Cups, played in 1991 and 1995, 16 teams had participated in the subsequent four World Cups.

Now with an additional eight teams joining the fray, excitement has reached a crescendo, the world over in finding the new women’s champion.

Canada, who had successfully bid for hosting the 2015 event, thus, features the most number of World Cup matches in a championship. These matches are featured at seven venues by the host nation, Canada. 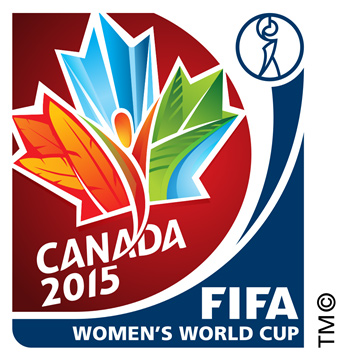 FIFA has drawn the participating teams in six groups of four teams each. At the end of the round-robin group stages, eight teams are eliminated, while the 16 teams moving forward clash in the elimination round as per the draw, to eventually find out the winner.

Along with the selection of the host nation, in 2011, FIFA had announced that the matches, this time around are to be played on artificial turf stadium.

This had lead to unending debates on the suitability of the surface and serious accusations of gender bias were traded on FIFA.

FIFA was also taken to court on the issue and the raging topic was settled finally in January 2015, with withdrawal of the case.

FIFA, thus, had an onerous task of assuring the participating teams and activists about the safety of players on the artificial surface.

Technology to the Forefront

While FIFA’s choice of turf had not gone well with a large section of football enthusiasts, the decision to use hawk-eye technology for determining goal-line disputes has been welcomed by all.

The use of technology is bound to help the referees in decision making, without any controversy and heart-burn to any of the playing teams.

A Sore Note in Selection

FIFA has to be congratulated also for its bold stand it took before the commencement of the current championship banning North Korea on charges of using performance enhancing drugs.

With organising bodies of all sports, seeking to eliminate the use of drugs in sports, FIFA has taken the bold initiative of banning North Korea since many members of the squad had failed the drug tests during the previous championship in 2011 in Germany.

Strict monitoring by the organisers for drug abuse hopefully deters the erring coaches and unethical players from complying with standards required in international sports.

Coaches could look for alternate forms of legal performance enhancers for players to keep the spirit of the players high.

One such performance enhancer could be a game of bingo, on the eve of matches. Entertaining games of bingo can be played online, with least trouble and distraction by the team members, during the course of the championship.

This will not only relax the players’ minds during the tense championship moments, but will also help them win some moolah!

The current championship, which started on 6 June 2015 with the host nation, Canada kicking-off against China, has now entered the decisive elimination round.

At the end of the intense 52 matches played on round-robin league, 16 teams have progressed to the pre-quarter final stage of the 7th Women’s World Cup.

On 5 July 2015, the world awaits the unveiling of the new champion at Vancouver.

While Germany and United States are the top two seeds, intense, close and entertaining matches are likely to be the feature of the remaining 16 matches, including the play-off to decide the third and fourth placing in the championship.

Thus, fans look forward to a fortnight of outstanding matches featuring the top teams of the world. And in between watching the matches live in the stadium and on television, the football fans can also enjoy their game of bingo to add to their entertainment as well as make some monetary profits.