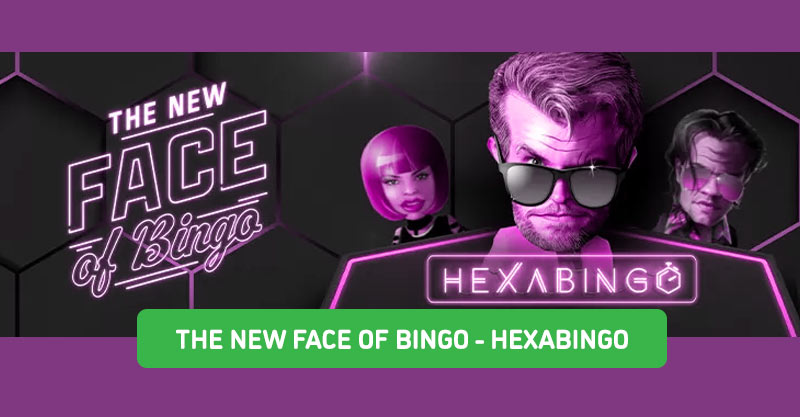 As someone who loves to hear about new bingo things, from bingo sites to new bingo games, I was certainly intrigued when the name HexaBingo was being bandied about. At first, I thought it was a new bingo site, but it transpires that actually, it’s a new way to play online bingo launched by Unibet, the company behind Bingo.com.

It’s usually the tombola innovation that you will find me raving about, and other developers tend to mimic what they have tried to do. However, at first glance, HexaBingo definitely looks to be something unique.

It’s an exclusive game to Unibet brands and what caught my attention instantly was that you are only playing against three other players. The second was that you can see your opponent’s cards and the third, that there are just nine numbers on each ticket.

From here, things just get more and more interesting. The game has just 27 bingo balls which makes it a fast-paced and the jackpots are up to an impressive £100,000 on each game.

When you first enter a room for a game of HexaBingo, it’s hard not to liken the playing area to Blockbusters. That’s only because of the hexagonal shape to each number on your ticket though.

At this point, you need to choose the value of the ticket that you wish to purchase. The minimum value is just 50p but it could be as much as £100 dependent on your gambling budget. As you might expect and is the case with the most gambling games, the higher your bet, the larger the jackpot that you are eligible to win.

You then have to choose your avatar; the options are quite limited but include various females and males and a selection of animals.

For the lowest ticket price you would be looking at a top prize of £500 but to play for the £100,000 you would need to wager £100 on a single ticket – not something your average bingo budget would stretch to! Once you have chosen your bet value, the system then determines how much the jackpot for your game is likely to be and this ranges from as little as 2x your bet value to as much as x1000!

You may have to wait for other players to join your game but when three are in, the game gets underway. Each ticket has just nine numbers on it as is a 3x3 grid. To win, you have to be the first player to score a horizontal line. When the numbers are being called, you first see an H, E, or X and then the number. The numbers are marked off on all three tickets in play (yours and your two opponents) which makes the game more exciting as you can see who is closest to bingo. There’s more excitement if it is you that looks likely to win.

It’s worth noting that you only need one number in each column to win, they don’t have to be linked.

The winner who scores HEX first lands the prize determined before the game started.

You can see a ‘First Look’ of Hexabingo in a video review done by our friend Wayne Howe below:

Have you played HexaBingo? What did you think of it?